Originally an Iron Age settlement, the town has grown around an ancient track that forded the river Slea. In the 12th century, St. Denys’ church and Sleaford Castle were built and formed the centre of New Sleaford which grew to eclipse Old Sleaford after a market was allowed to form in front of St. Denys’. Only the earthworks of Sleaford Castle remain, while St. Denys’ still provides an eye-catching addition to Sleaford’s skyline.

Other features of the town include a bustling high street with shops, pubs and restaurants, old reminders of the town’s history including the old manor house, Cogglesford Water Mill, and the now derelict but impressive Bass Maltings.

The town is also home to The National Centre for Craft and Design, the UK’s largest centre for craft, design and making. The centre is based in a refurbished seed warehouse on the banks of the River Slea. Sleaford features numerous public artworks which can be found at key locations in the town, including the When in Sleaford… Arts and Heritage Trail.

In summer 2018, design duo NEON (Mark Nixon and Viliina Koivisto) have been in residency in Sleaford as part of the Ridges & Furrows Arts and Heritage Trail. The artists have transformed the gallery space at The National Centre for Craft and Design into a design studio, and through consultation with visitors are currently developing a new temporary artwork for Sleaford which will launch at a special Block Party event on Saturday 6 October.

The 2015 artists Kate Genever and Katie Smith explored the handmade objects of Sleaford residents finding out about the stories behind them in their residency Good Pretty Things / Pretty Good Things. For more information on the 2015 Ridges & Furrows residency in Sleaford please click here. 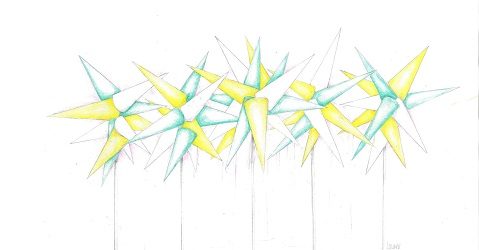