The Ridges & Furrows project held a week of workshops for Welbourn Church of England Primary School as part of the school’s arts week. The workshops explored Welbourn’s local history; in addition to art workshops, Ridges & Furrows historian Dave Reeves arranged activities with each class exploring several different facets of Welbourn’s past. The children in the oldest class worked with Dave to create a praise poem about Welbourn using Lincolnshire dialect words discovered in a nineteenth century dictionary.  All words used were in common usage in Lincolnshire in 1886 being described then as words which ‘are in common everyday use in this neighbourhood, but which have not been taken up into, or have been dropped out from, the standard English of our books’. 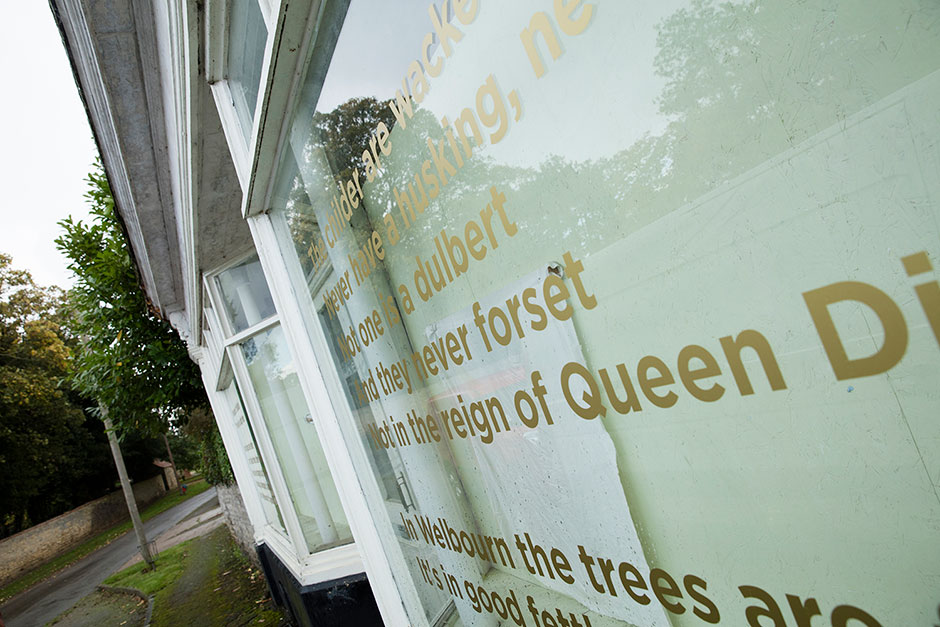 Some places are kilter,

I can’t abear them, there’s lots of gillery,

People are dragged up there – rackapelts

But in Welbourn, it’s jannick.

The childer are wacken,

Never have a husking, never a kelch.

Not one is a dulbert,

And they never forset,

Not in the reign of Queen Dick.

In Welbourn the trees are full of blow,

The poem was a good exercise for the pupils of Welbourn Primary to familiarise themselves with the words used by the previous inhabitants of the village and taught them to use them in the right way as to make grammatical sense. Although the poem was very biased towards Welbourn, and a little fanciful; anyone who has been to the village would tell you that it’s in good fettle!