Welbourn is a small village situated along the Lincolnshire Edge about 10 miles south of Lincoln.

The features of the village include St Chad’s Church; an ancient monument – Castle Hill; the Beck (village pond) which is spring fed and flows into the Castle moat, a Village Hall, shop and Post Office, two schools- Welbourn C of E Primary school and The Sir William Roberson Academy plus a Public House (Joiners Arms) and the original Manor House (now used as a care home). The village also features a traditional Victorian Ironworks, which is opened for volunteers on the first Saturday of every month.

In 2018 we published Welbourn Heritage Trail, a village trail written with local historian Bill Goodhand, which leads you to interesting buildings and informs walkers and visitors about the rich history of the village.

Artist Lyndall Phelps was in residency in Welbourn in 2015/ 2016 working with local people to research the village’s history and traditional rural way of life. Her research focused on the historical importance of agriculture and its associated trades to Welbourn. Lyndall led a number of workshops with local school children and residents, developing artworks inspired by the farming history of the village. The artwork Fertile Ground was produced by Lyndall in response to her time in the village.

A celebratory event The Welbourn Horkey took place in the village on Saturday 22 October, 2016. The Horkey – a traditional name applied to end of harvest celebrations dating from the 16th Century – told the story of ‘seed to loaf’, exploring wheat production, and milling as well traditional bread making methods. The event shared work produced by local school children and residents as well as new art installations produced by artists Lyndall Phelps and Miranda Sharpe inspired by their time in the village. Visitors to the event were also able to see a display of historical agricultural tools and vintage threshing, baling and milling machinery being demonstrated.

Follow the links on the right/below to find out more about Ridges & Furrows in Welbourn and listen to selected oral history recordings. 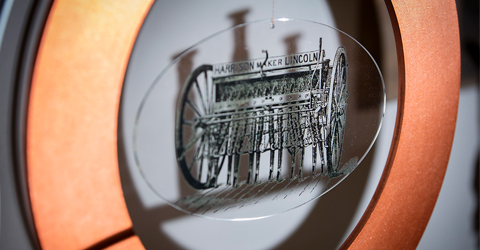 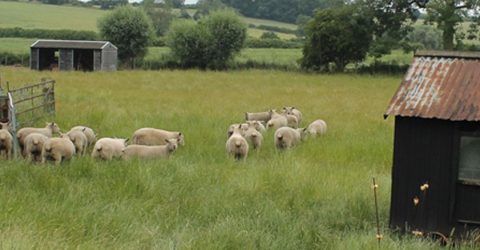 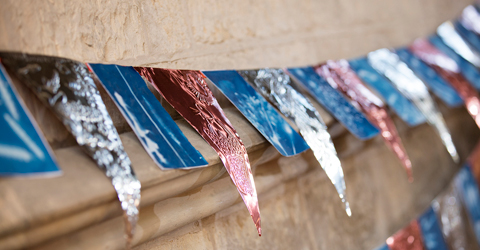